Should ragging laws be made stricter? 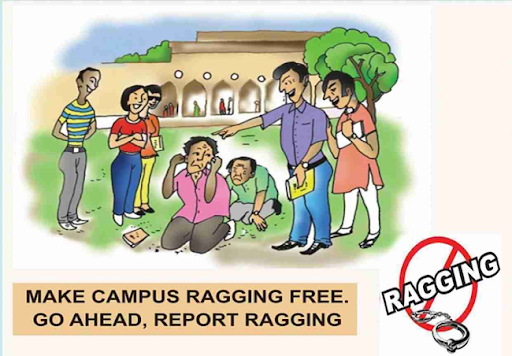 I remember my old college days when I was so freaked out to enter college just because of the fear of ragging. Everyone knows how tough ragging is in medical school. I was glad I was not a hostelier. But still I heard that it was rare for anyone to escape.

The first day was good. Nothing really happened. But the next day we were all scared as the seniors approached. I was happy that the ragging law had just been passed and anti-ragging posters were everywhere on the walls of the college. Still a few of us were ragged. Some tortured mentally. Also there were some cheap comments in medical language made over some girls. I really don't know about the boys. Never even heard their tales. I Only saw on tv how brutally boys are beaten and even made to do unnecessary things. The worst I heard was that boys were made to drink their own urine.

It's really disheartening to see so many students die of  ragging in India.  So many tv programmes showcase why ragging should be banned. But each time we hear of similar cases. Why is all this still happening..?  Every time I see a student die of ragging my heart aches. Ragging has ruined countless innocent lives and careers. In order to eradicate it, Hon’ble Supreme Court passed a law in Civil Appeal No. 887 of 2009. Still we hear of similar cases.

Recently, on 7th august 2013, a Bhopal girl student of pharmacy allegedly committed suicide after being ragged by her senior and a faculty member. The suicide note mentions the names of the students, all four of them being girls.. But what can be done..? A very precious child has been lost. The family is mourning and their loss cannot be compensated by anything on this earth. So why does a senior have to torture or harass a junior so much so that they are forced to commit suicide. 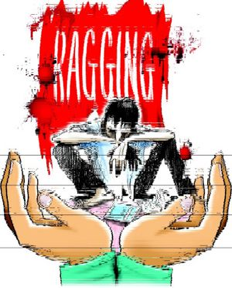 Ragging according to wikipedia which occurs only in India is a "Damaging form of interaction of the seniors in college or school with the juniors, newcomers or first years."

A junior enters college with new dreams and new hopes. And his dreams and desires are at their highest peak in the first year.. He yearns for new friendships.. New endeavours.. New beginnings.. And then suddenly some stranger.. The so called ' senior ' comes in the scene to crush his aspirations. What happens..? It's a real feeling of disgust really when one is ragged. It's difficult to remain silent when some notorious senior makes a cheap comment on a girl student in your class. But you cannot do anything. Why? Just Because they are seniors.. ? 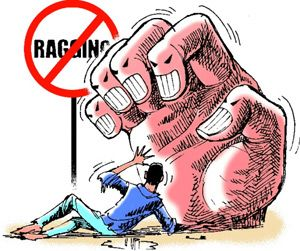 I have heard of tales in my city itself where a junior girl was made to stay in the mortuary all night long.. You can imagine what the outcome was.. Yes.. She became a psychiatric patient life long instead of becoming a doctor and treating other patients.

Nagedra AV, 25, was found dead in Chandigarh's prestigious Post Graduate Institute of Medical Education and Research on 19 April,2010. The doctor had joined this post-graduate institution just two months ago. The police said he jumped to death from the hostel building, his father said he had been pushed. His father said a day ago he had said he was finding it difficult to continue there due to ragging.

Sinmoi Debroy, 21, was found hanging from the ceiling fan, dead, in his hostel room in Chennai. It was a private hostel shared by students of various colleges. Most of the 42 SMS's in the Assamese engineering student's mobile phone were threats and abuses from seniors, who also demanded money.

A student in AIIMS, the only child to his parents, committed suicide in the first year itself because he complained to the dean about how one of his friend was ragged by seniors and who in return was beaten and tortured which finally made him give up inspite of the complaints to college authorities..

I was lucky I escaped. I was lucky I did not have to face a similar ordeal. But why all these things are still happening.. ? Why a precious life is lost each time due to ragging..? Do we need stricter laws..? Or do we need to become better seniors..? Can we stop this thing called ragging which exists only in India and its subcontinents ? Can we save these precious lives who succumb due to undue pressures put on them? Can we really stop RAGGING..??? 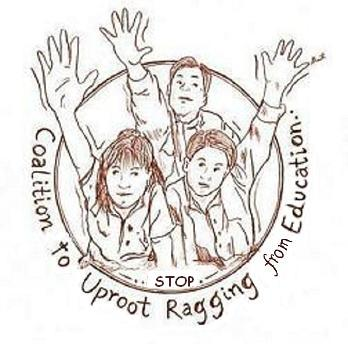 Priya K
I love painting, writing, travelling, listening to good music.. I am an absolute foodie, shopaholic, techno maniac.. And lastly I am a doctor.. Here in my blog I confide in you my daily Ramblings..